Canadians don’t know or are not worried about mortgage changes, survey finds from @REMonline 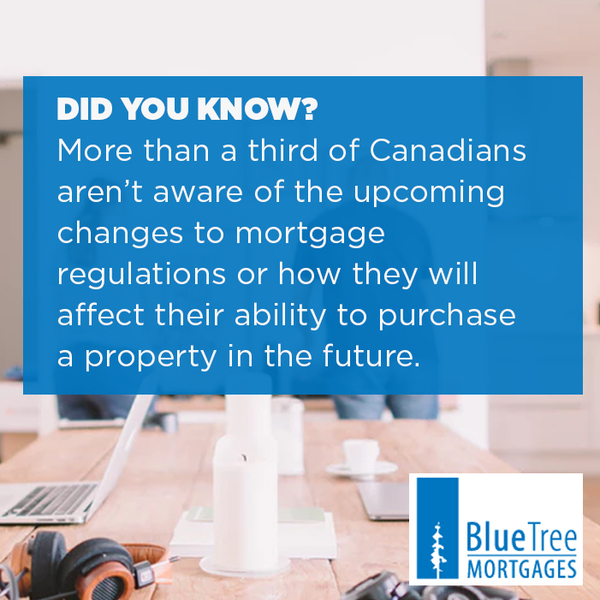 15 Dec Canadians don’t know or are not worried about mortgage changes, survey finds from @REMonline

Posted at 23:19h in Mortgage Rules by brittanybluetree 0 Comments
0 Likes

More than a third of Canadians aren’t aware of the upcoming changes to mortgage regulations or how they will affect their ability to purchase a property in the future, says a recent survey conducted by Leger on behalf of Re/Max.

The survey also found that nearly half (48 per cent) of Canadians are considering purchasing a home in the next five years.

“Since the OSFI regulation changes were announced, we have seen a number of markets across the country receive an influx of buyers looking to purchase a home before the rules take effect, says Elton Ash, regional EVP, Re/Max of Western Canada. “Based on conversations with brokers, we also anticipate seeing some markets, such as Greater Vancouver and the Greater Toronto Area, seeing slower activity in the first part of the year as the market adjusts to the new regulations.”

Christopher Alexander, regional director, Re/Max Integra Ontario-Atlantic Canada Region, says the survey demonstrates that “there remains a gap in awareness and understanding amongst Canadians of how the new OSFI stress test regulation changes may impact them moving forward. For the nearly half of Canadians that plan to buy a home in the next five years, it’s important that they take the time to learn about the new rules and make an informed decision before looking to enter the market.”

The new stress test will require Canadians making down payments of more than 20 per cent of a home’s value – who do not need mortgage insurance – to prove they can afford their mortgage payments based on the greater of the Bank of Canada’s five-year benchmark rate (currently 4.99 per cent) or their contract mortgage rate plus two percentage points.